I get a lot of photos of the wildlife in the nearby parks. I don’t always share them, however here are a few that I thought were worthy of sharing. I had intended to do more as far as photographing the prairie dogs this year, I wanted to track the life of some newborn pups, however work has interfered with my ability to get out to ‘Dog Town as much as I wanted (actually, it’s interfered with my ability to get out and do photography period for the last few months…hopefully that is at an end now.) I guess I’ll have to chronolog the life of a baby prairie dog to adult hood another year. 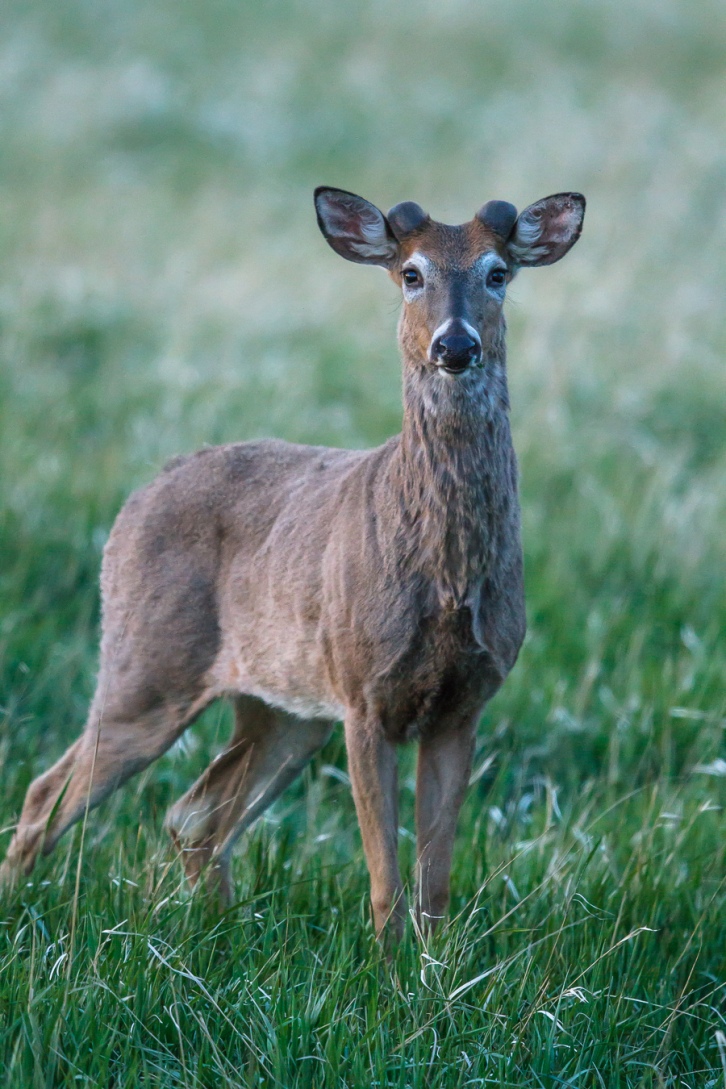 I wanted to call out the photo above. This deer photo was taken the first week of May. It was still a bit colder here in Colorado, the deer had not lost their winter coats yet, and their antlers were just these little velvet covered buds. This particular deer was very interested in me, and I felt he was a bit familiar. I’ve wondered…is he my old friend Prancer the yearling buck, from a year before? He has this curious quirk to his mouth, and his interest in me, which I think has been repeated on a couple more recent occasions, may indicate he remembers me as well (I chased him around Cherry Creek a few times the year he was born). Let me know what you think!

Here are some earlier shots of Prancer. Same facial characteristics…the bright rings around the eyes, the bright white fur prongs around his nose, the dark nasal bridge up to the eyes…and the same “look”: 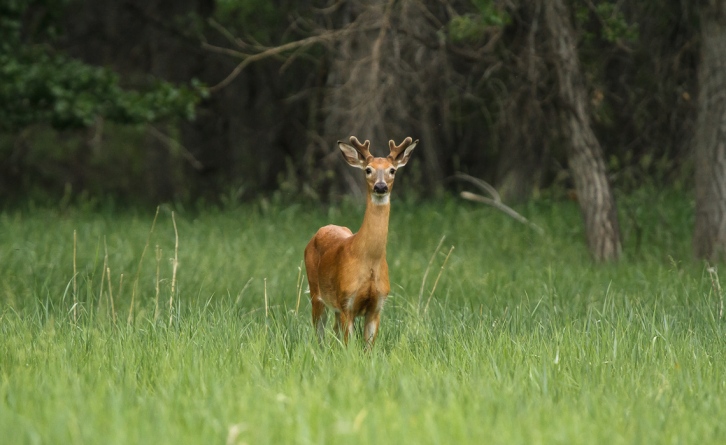