Last night was the first of a tetrad of total lunar eclipses that will be occurring over the next two years. The next occurs this October 2014, then again in April and September 2015. The eclipse last night was the only one that will be fully visible from the entirety of the United States, the other four are either not visible or only partially visible (i.e. occurring at moonrise or moonset.) The last total lunar eclipse I saw personally was in 2010. I had only picked up photography about a year and a half or so before, and had minimal skill with photography, minimal skill photographing the moon, and only the most basic of equipment. Forward almost four years, and I was far better equipped to photograph the eclipse this year, thanks to my recent foray into astrophotography and the purchase of a tracking mount. (That mount will undoubtedly prove to be one of my best photography purchases ever, I think! ;-))

Dig back into the depths of my blog, and you may eventually find this image. This is one of the frames of near-totality from the December 2010 total lunar eclipse. For a first try, it isn’t bad, but it lacks all the detail on the moons surface, which takes on an amazing and almost 3D quality due to the nature of the light playing across it’s surface. 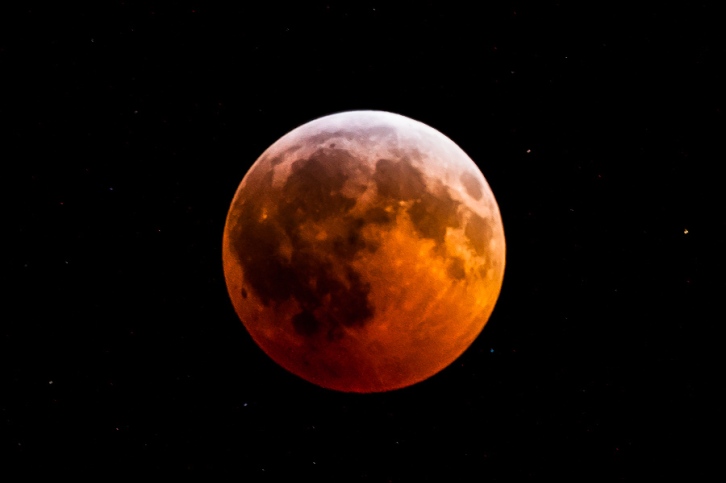 Here is a look at the results from last night. The full richness and beauty of the moon’s surface detail when it is shrouded in the rusty red of the Earth’s umbral shadow, a different and unique face on the moon I have frequently photographed over the years. The shading, from the last rays of sunlight in the lower right to the depths of the shadow from Earths umbra in the upper left, the moon really takes on a three-dimensional spherical appearance during this part of a total eclipse…it’s quite a sight to behold. 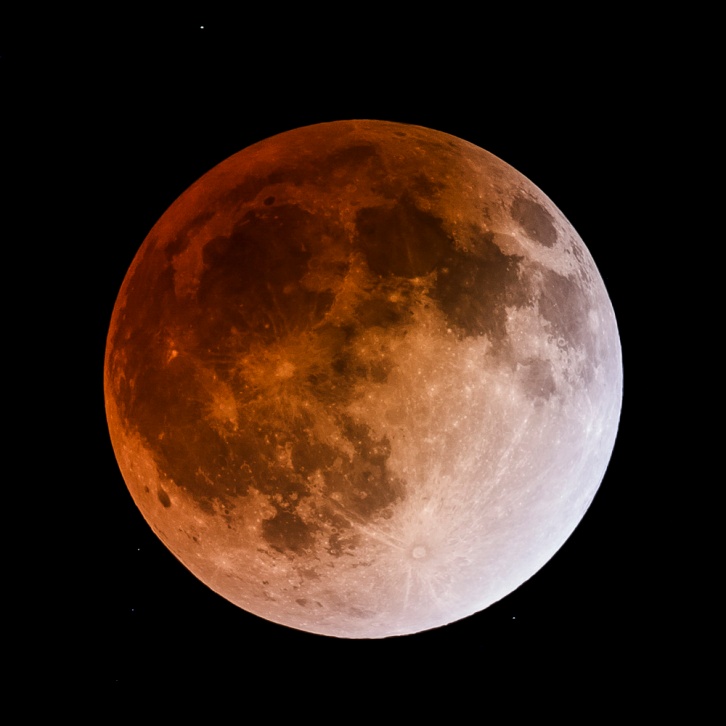 I’ve put together a number of composite series showing the progression of the eclipse last night, including the Totality Triad, the Short Series and the Full Series. For those of you who may have missed the eclipse because you did not know about it, or because you had inclement weather, I hope these series give you a chance to see that wonderful marble that is our moon in it’s rarest dress. The moon was also in close proximity to both Spica, the southern-most star of the constellation Virgo, as well as the planet Mars, which just reached it’s perigee with Earth Tuesday last week. A rather rare convergence of three major celestial bodies, and a relatively rare crossing of paths of the moon and Mars. I had hoped to get some wider field photos of this triad when the moon had entered totality (which would have made for an intriguing scene, as the moon is very dim once it enters the umbra), but I ended up deciding I couldn’t waste the time taking down the 600mm setup to attach a different lens. I’ll have to see about getting another DSLR so I have a backup camera for those very purposes.