A couple of weeks back, I visited my parents up in the Rocky Mountains. They live well back, a short distance from the Indian Peaks range in the Colorado Rockies. I finished off my teen years in that house, over a decade ago now. It’s a beautiful area up there, one which, sadly I did not see much of when I was younger. (I was a die-hard computer geek, and I spent 90% of my life playing around with computers…ah, what I would give to go back to that time and start photography back then!) Living up there for so many years, I never knew about the picnic grove just 15 steps down the road from my parents drive way. I’ve driven past it many hundreds of times over the years, and always assumed the space was an empty lot. 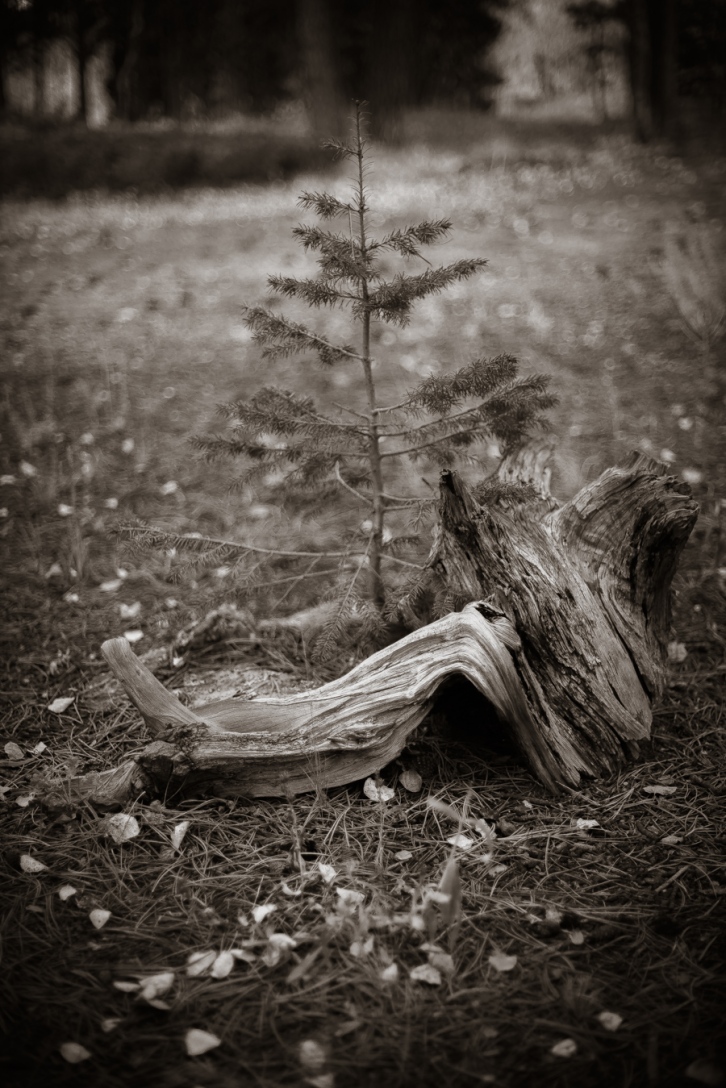 Well, a couple weekends ago, as the light was fading and a storm was racing in, I was looking for things to photograph, and I discovered the grove. I first noticed one of those old tractors…the really old, rusted ones with spoked wheels and interesting machinery and mechanics. The stuff you sometimes see arrayed outside a ranch nestled deep in rural country. The grove was packed with tiny little baby Aspen trees, which gave for an interesting contrast. So I started taking pictures, of the tractors at first, then eventually some of the interesting little bits of scenery strewn about.

The pictures are in full color, however as I was processing, I just sort of ended up with the faint duotone grayscale version. I don’t do black and white very often, however I thought it was a particular compliment for these images. Once all color is gone, you have a lot more freedom to play with contrast, at many levels. The nuances of detail and contrast that can be found in small spaces is nearly endless. 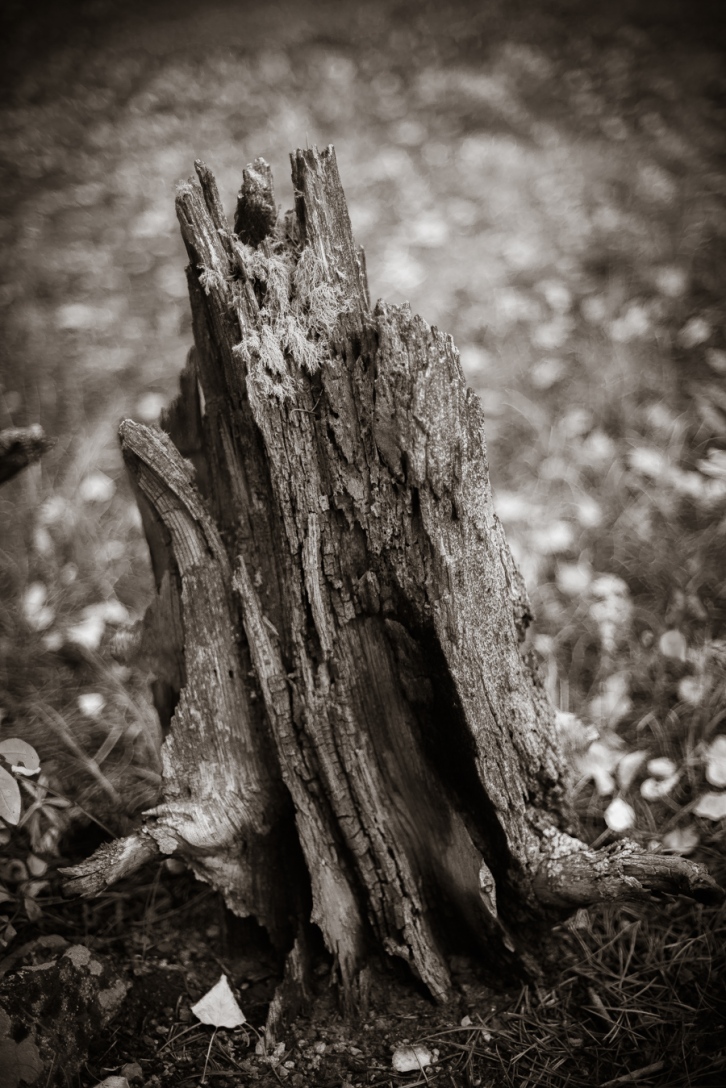 On another note, I should point out that these photos were not taken with my usual cameras. I rented a Sony A7r to give it a test run. A MetaBones adapter was used to allow the use of my Canon EF lenses. These photos were all taken with the Canon EF 50mm f/1.4 lens. All of these photos benefited from that camera’s superior image quality, pixel count, and sharpness. The soft shadow falloff is a particular trait I really love…smooth and clean.