Night Herons are one of the common herons here in Colorado. To be more specific, Black-Crowned Night Herons are fairly common here. They aren’t seen all that often, though. They, like most herons, don’t like humans intruding on their feeding time, and don’t generally like human proximity in general. They spend most of their time away from areas of human activity, and if they are nearby, they are usually well-hidden in the trees. I was lucky enough a while back, over a period of days spanning a bit over a week, to get some great shots of a Night Heron that seemed quite comfortable with my presence. He almost posed for me, in some truly beautiful sunset light, and even did some fishing for a while (although every time he caught something, his head was behind some rocks, so no fishy shots this time.) 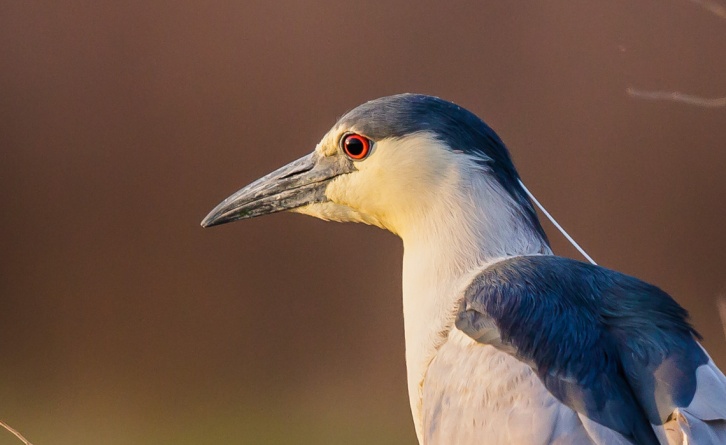 I absolutely loved the lighting in the shot above. Perfectly lit this beautiful bird, bringing to light all of it’s subtle colors, as well as it’s brilliant red eyes. Shortly after this, he dove right down to the Heron fishing pool below, giving me this shot:

After chugging down fish until well after sunset, he finally gave me one last portrait (before being scared away by a group of cyclists):