For some time now, I’ve known that Ibis are a Colorado summer bird, and that they hang out, in great numbers, at Chatfield and Cherry Creek reservoirs. They can often be very elusive birds. I’ve captured vague silhouettes of these beautiful birds flying overhead after sunset, but never had the opportunity to photograph them in all their beauty. So when a flock of them landed at Cottonwood Creek wetland, I invested a considerable amount of effort to get a good vantage point without scaring them off. The lighting was excellent, and the birds seemed unphased by my presence, and I was finally able to get my shots.

Upon closer inspection of the photos of this rare bird, I believe it is actually something a little different than a Glossy Ibis. I checked juvenile, breeding, and non-breeding plumage for both species, and couldn’t find any specific match. The only comparable photographs of Ibis that I found while trying to identify it were labeled “White-faced/Glossy Hybrid”. The white feathers around this particular birds face are mottled or spotted, instead of a stark white. White-faced Ibis and Glossy Ibis generally populate separate regions, throughout their potential range. There are only a few places along the gulf coast where both species cohabitate. I am honestly unsure of how rare a White-faced/Glossy hybrid species may be, but either way, it’s a fairly rare bird.

They are beautiful and graceful birds as well. The one lone Glossy hybrid happily bathed and groomed himself, demonstrating how graceful and colorful these birds really are: 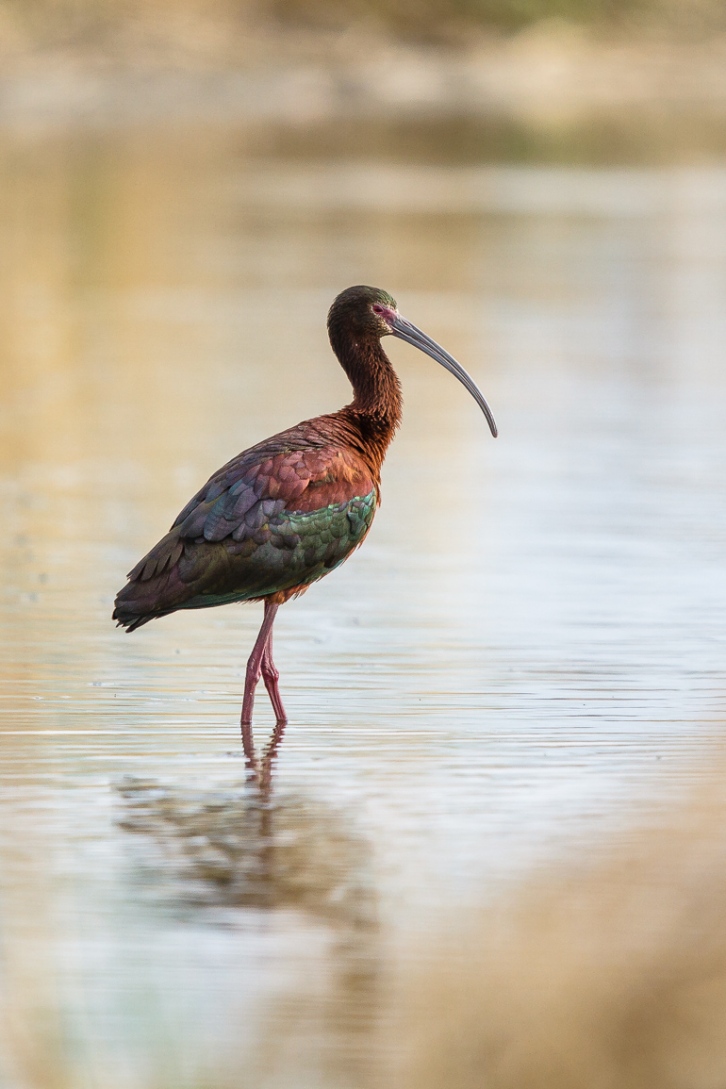