Today is my last installment about my latest visit to the newly redone Cottonwood Creek wetland area of Cherry Creek. A major rainfall recently brought much needed water, and along with the water came a host and variety of birds, including songbirds, waders, and shore birds. Today I’ll be writing about all of the other birds I encountered (see the first installment or a list of the various types of birds I was able to identify.) I was very happy to see some types of birds I’d been wanting to see for a while: shore birds. Shore birds at Cherry Creek primarily include Plovers and Sandpipers…both species of which hunt grubs, worms, and other tasty morsels from the shallow water along lake and wetland shores. I’ve particularly been wanting to photograph sandpipers…always loved those birds since I was a kid (when I’d look for them in the marshy areas of Morro Bay in California.) 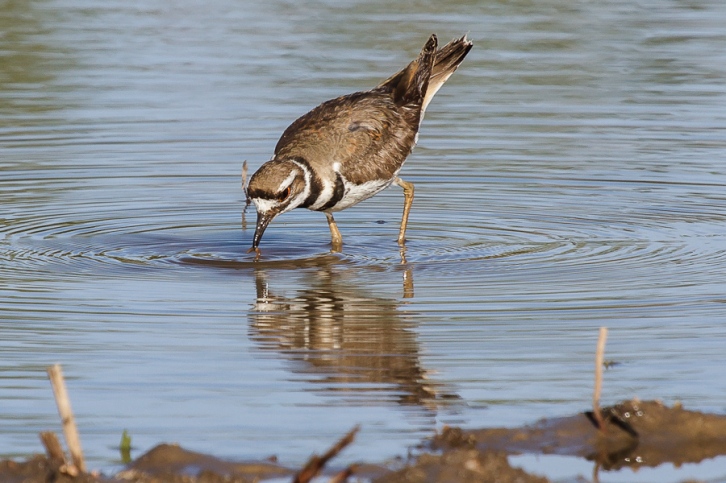 I managed to find the shore birds at the perfect time. It was early afternoon, the light was behind me and my subjects were very well lit. I was able to capture a number of “action” shots, with both Killdeer (one of the types of Plover…a particularly common type in America with over a million on the continent) and Sandpipers. The most common Sandpiper around that day was the Spotted Sandpiper. While common throughout the United States, they spend most of the year, including winter, in the area of California where I grew up. I was rather pleased to find them hunting in the new mud flats at Cherry Creek. 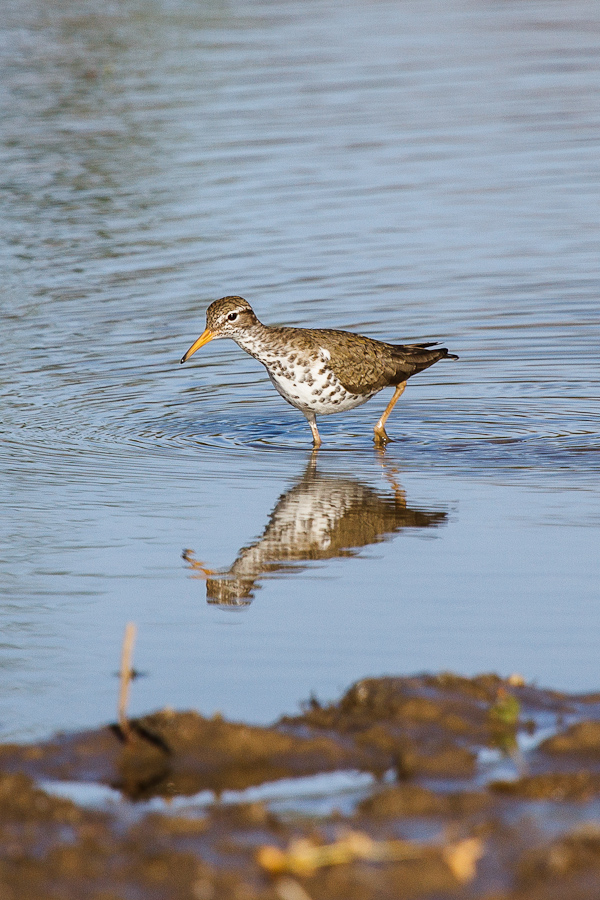 Worms, grubs, and the occasional tiny fish seemed to be the appetizers of the day.  At times, I couldn’t tell what their meal was. The Sandpipers often seemed to dig up little cocoons, or perhaps eggs, of something, as in the photo below. I love how they toss their food in order to work it down the length of their bill. 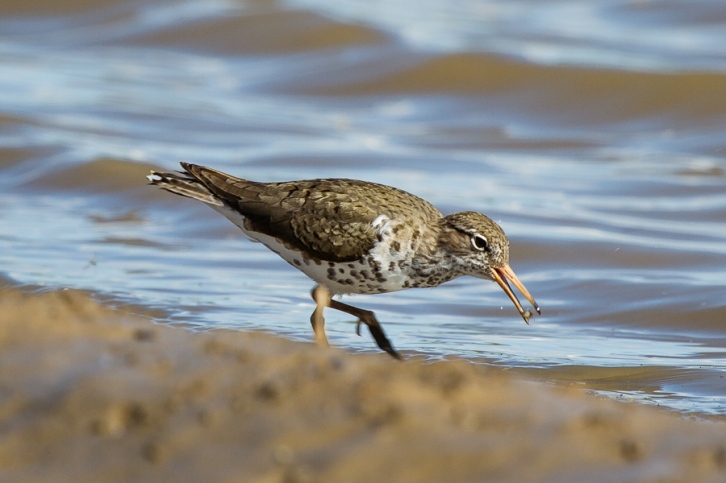 One of the Killdeer gave me a nice little show as it bathed itself later in the afternoon. A few Cowbird females decided they wanted to join him a couple times, only to be met with his high-pitched wail. That brings me to some of the other birds that I encountered. 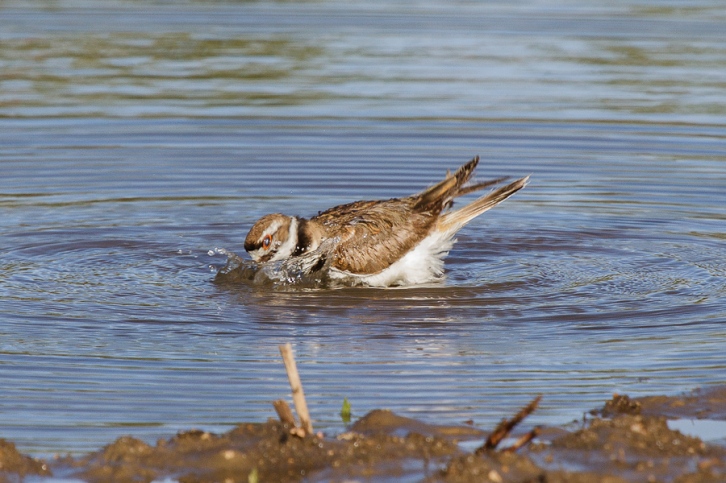 Of the variety of other birds, some I was unable to get any photos of many as they were small, always in flight, and extremely fast. Swallows, Barn Swallows I believe, were zipping around the wetlands like tiny fighter jets. They seemed to be feeding off of the unholy monstrous host of flying insects that were hovering around the area like a light cloud. The one time I did manage to capture a photo of one was when it landed on the bank for a quick rest. Beautiful little birds, when you have the chance to see them. Extremely round heads and very tiny beaks. 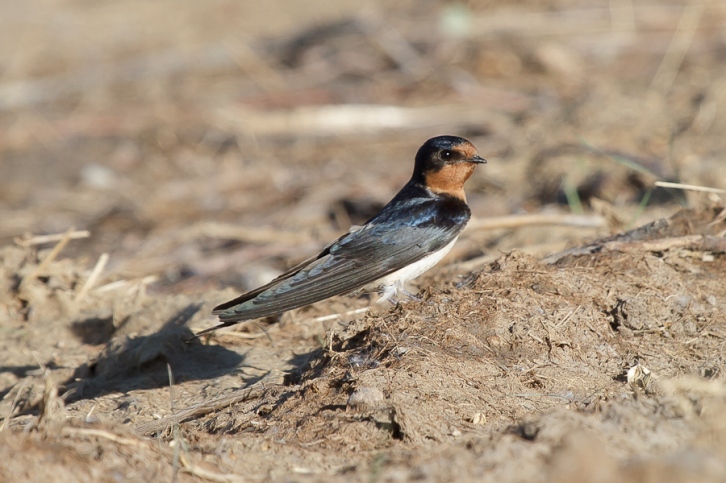 Included in the ones I did manage to capture were Cowbirds and a Yellow Warbler. The Cowbirds are curious birds. They are ground feeders, normally seen rooting around in the tossed earth after the passage of Bison, Cows, etc. They are normally prairie dwellers, however their range these days seems to cover the bulk of North America during summer. They have this curious habit of looking skyward, head pointed nearly strait up. I guess since they are always rooting in the small divots and behind clods of soil kicked up by the passage of Bison, it’s the only way to see whats going on. 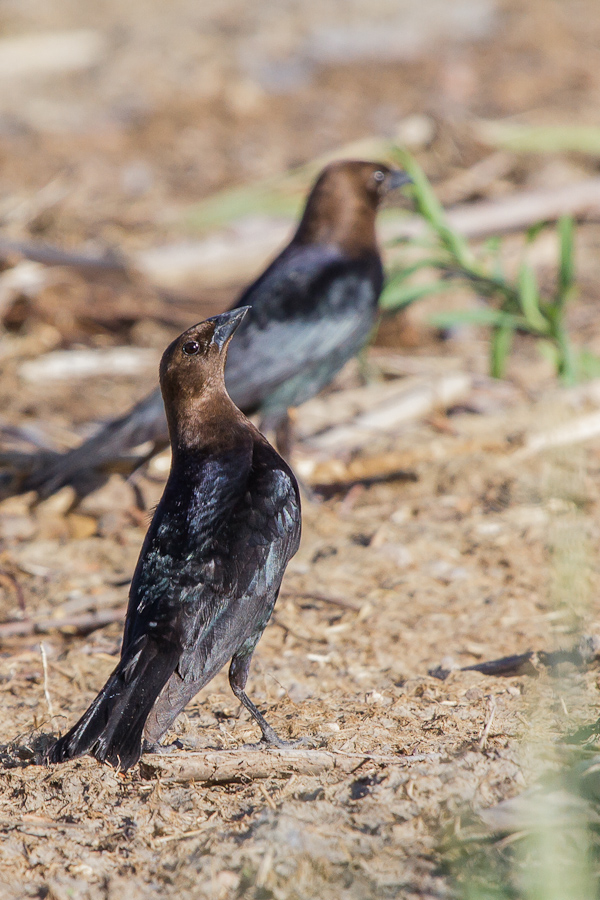 The Warbler is a beautiful bird, for its diminutive size. I actually captured the photo below at a tree close to the lake shore, a bit farther north of the Cottonwood wetland, near the very tail end of the day. The sun was very low on the horizon, streaming through the leaves of nearby trees, creating an interesting light. 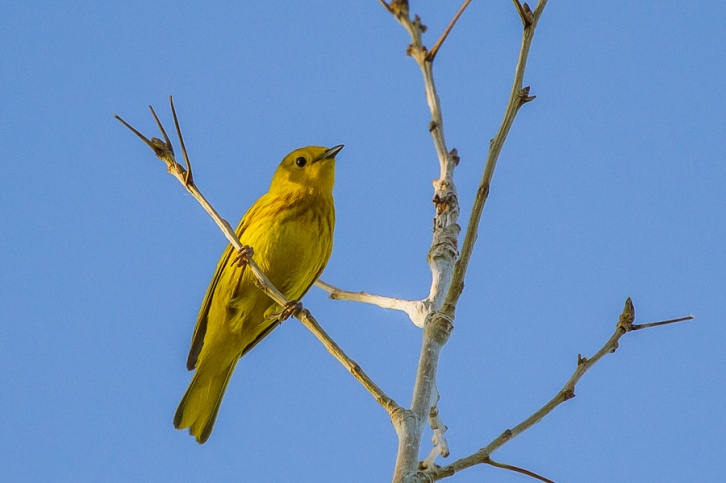 The last photo of the day was of another Spotted Sandpiper. The bright yellow bill and spotted underbelly is the species giveaway here. This little guy had been hunting the same stretch of shore all day, catching something every 10 minutes or so. It looks like he caught a very small fish in the photo below, although I can’t be sure. 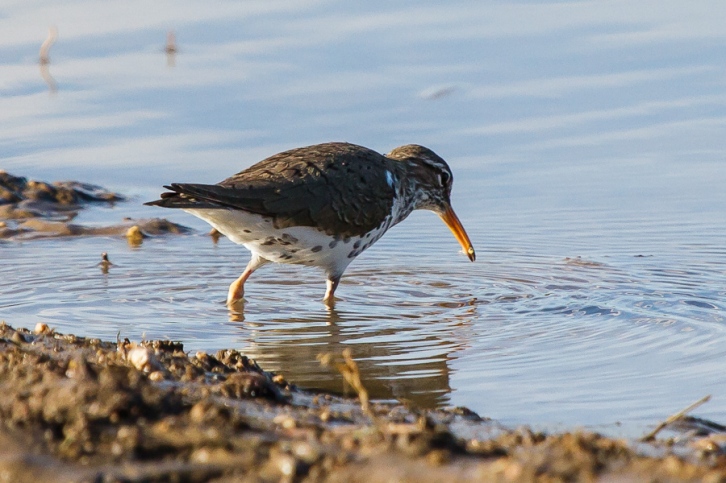 Well, while I am not sure it will last…we don’t often get storms as hefty as this one during this time of year…I’m glad I was able to get out and see a nice diversity of birds. I learned quite a bit about photographing them as well, with all the variety, various behaviors, etc.